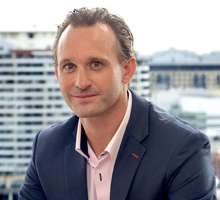 Simon has spent more than 20 years in Business, Sales and Technology Leadership across the Asia Pacific region and Japan. He has worked with a range of notable companies such as NetComm, Gateway Computers, Opentext, Dell EMC, SAP and Salesforce. Simon is currently the President, APAC at Adobe. He has attended thousands of sales meetings and has a track record of closing high volume deals in a short period of time. Under his management, Simon’s sales executives were able to achieve top performance results, often even being promoted to lead entire sales teams. Simon is an Advisory Board Member at Liquid Capital Group.

Reading Clients in a Sales Meeting

What You Need to Know in Your First Sales Job