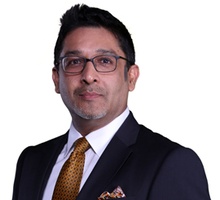 Animesh has held leadership positions in large scale Indian companies as well as MNCs for over 15 years. He brings his 25 years of experience to his current role as the Chief People Officer at Zee Entertainment. Previously, Animesh was with the Future Group as the Chief People & Transformation Officer, where he was responsible for driving the internal transformation. Animesh has also worked with the IDFC Group for 9 years in roles including Head of Human Resources, Marketing Head of IDFC Bank Limited and CEO of IDFC Foundation. He has served on Boards of various companies and has worked closely with non-profit organisations to increase their social impact.