Wesley has been named by London’s Financial Times (2017, 2018) and Yahoo Finance (2019, 2020, 2021) as one of the 100 worldwide OUTstanding Leading LGBT+ Corporate Executives for his active promotion of diversity, equity, and inclusion within the legal and corporate communities. He is also an authority on political compliance law and is currently the Senior Assistant General Counsel & MD, Political Law & Ethics Programs, Altria Client Services LLC.

In this role, Wesley is responsible for ensuring that Altria and its companies comply with all laws and regulations regarding federal, state, local, and international campaign finance, government ethics, gifts to government officials, lobbying disclosure and reporting, and charitable giving.

Previously, Wesley was an attorney in Winston & Strawn LLP’s Federal Government Relations and Regulatory Affairs Practice Group. His career also includes more than six years on Capitol Hill, where he served as an aide to Arkansas Senators David Pryor and Dale Bumpers.

Wesley is an authority on political compliance law and is active in the compliance legal community. He chairs the Conference Board’s Committee on Corporate Political Spending, a committee of leading American corporations dedicated to accountability, education, and engagement on issues of corporate political activity. In addition, he is a longtime faculty member for the Practicing Law Institute’s annual Corporate Political Activities conference. For four years, he served as co-chair of the Conference Committee for the Council on Governmental Ethics Laws (COGEL), a professional organization of government officials with responsibilities or interests in governmental ethics, elections, campaign finance, and lobby laws, and he currently serves on COGEL’s board. In 2018, COGEL awarded Wesley its highest honor, the COGEL Award. He also has extensive experience giving lectures and conducting webinars and seminars on compliance law issues.

Wesley is extremely active in promoting diversity, equity, and inclusion within the legal and corporate communities. Currently, he serves as a Commissioner for the American Bar Association’s Sexual Orientation and Gender Identity (SOGI) Commission. He also serves as the Immediate Past President of the National LGBTQ+ Bar Association, the leading association for LGBTQ+ lawyers, law students, judges, and other legal professionals. He has been named by London’s Financial Times (2017 and 2018) and Yahoo Finance (2019, 2020, and 2021) as one of the 100 worldwide OUTstanding Leading LGBT+ Corporate Executives for his work on diversity and inclusion issues; in 2020, he was ranked as 34th among the 100 OUTstanding executives. Chambers and Partners also named him the 2019 LGBT+ Equality Lawyer of the Year for his dedication and commitment to LGBTQ+ diversity programs and his efforts to advance LGBTQ+ professionals in the law. 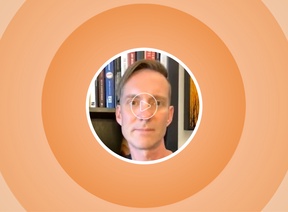 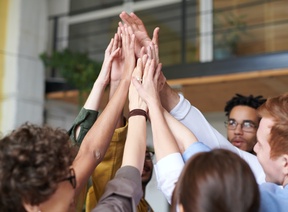 What an Organisation Needs To Be Inclusive From an LGBTQIA+ Perspective