Before joining Meta as Global Head of Business Strategy & Marketing, Nicole was a diplomat, and served as Chief of Staff to the UK Prime Minister on Syria and the Region.

Full Bio In her current role at Meta, Nicole is driving growth, scaling operations and product adoption for both long tail and new customers, including small businesses, non-profits, students, job-seekers and creators. She also negotiates corporate partnerships. Her career has spanned across both the public and private sector, having held leadership positions in both. She has led public policy campaigns for Meta in EMEA driving core brand and reputation issues.

Prior to her current role, Nicole served as senior policy advisor in the UK Government, leading negotiations on key foreign policy issues, including humanitarian aid to Syrian refugees and the Ebola response in Sierra Leone. She was appointed as a diplomat for the UK in West Africa, India and Bangladesh.

Nicole started her career at the World Bank as an economist. 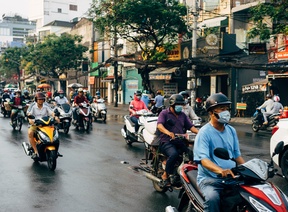