Kevin has organised and led extreme expeditions around the world and has garnered a powerful understanding of leadership, resilience and perspective in unpredictable and fast-changing environments. He has translated this knowledge into a business acumen that activates and amplifies leadership instincts. This allows him to engage the hearts and minds of any team, inspiring and motivating them to realize their full potential.

Kevin is a member of the esteemed Explorer’s Club and was an Explorer’s Club Flag recipient when attempting the first single-season, human powered traverse of the Northwest Passage in 2013. Among his many expeditions, he has skied the length of Alaska’s 1180 mile Iditarod Trail in the dead of winter, has retraced the infamous Sandakan Death March through the jungles of Borneo for the first time since WWII and in 2009 broke the world record for the fastest unsupported trek from the edge of the Antarctic to the Geographic South Pole. 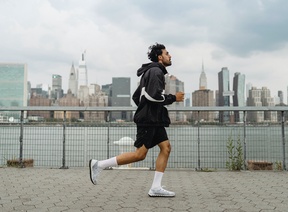 The “4 Energies” You Need for Peak Performance