Donato is the founder and chair of The TramutoPorter Foundation, which he launched in memory of his two friends and their 3-year-old son who lost their lives on 9/11 when United Flight 175 crashed into the South Tower. Donato was scheduled to be on that flight, however, due to a toothache, he never boarded the plane.

Full Bio Donato J. Tramuto is the former CEO of Tivity Health®, Inc., and is widely recognized for his commitment to social change and transformational leadership in healthcare innovation that led the New York Times to deem him “a global health activist.”

His three-decade commitment to social change and innovation has earned numerous awards, including the prestigious Robert F. Kennedy Ripple of Hope (2014) and the RFK Embracing His Legacy Awards (2016). He currently serves as a member of the board of Robert F. Kennedy Human Rights and is chairman of its Leadership Council where his foundation has committed to funding a three-year, $1 million grant to address workplace bullying, leading a national initiative to address workplace dignity and inclusion in the U.S. and Europe.

Before joining Tivity Health, Donato’s record of bringing together social commitment with healthcare innovation included his founding of Physicians Interactive Holdings (Aptus Health sold to WebMD in 2019), a global provider of insight-driven digital engagement solutions for healthcare professionals and consumers. Reflecting a conviction that universal healthcare is a basic human right for all people, he launched Health eVillagesin 2011, a non-profit organization providing state-of-the-art mobile health technology in the most challenging clinical environments and working to broaden healthcare access. 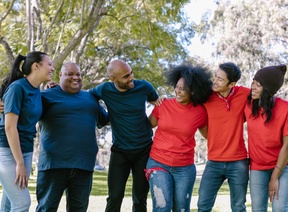 The Fundamentals of Compassionate Leadership