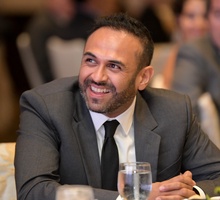 Dipak developed a strong belief in social justice at a young age after being inspired by Live Aid, and his mother’s own efforts to raise money for the Ethiopian famine in the early 1980s. He is currently the Regional President & MD of the Special Olympics in APAC. He has played a pivotal role in developing the marketing, fundraising and communications arm of the APAC region, and supported the development of partnerships as diverse as sports organisations like the Tottenham Hotspur Foundation to companies like FWD Group and Invisible Artists. Furthermore, while providing direct support to Special Olympics’ largest programme, Special Olympics Bharat, Dipak led 35 APAC programmes in areas of leadership development, coach development, competition delivery, fundraising and communications. Dipak has a broad history with NGOs having worked for the UK’s largest disability charity Scope, Prince Charles’ youth development organisation The Prince’s Trust, and the World Association of Girl Guides and Girl Scouts. He has also served in a variety of consultant roles and volunteered with organisations both in the UK and across the world. 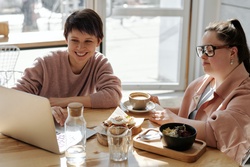 Hiring Those With Intellectual Disabilities

Creating an Inclusive Space for Those With Intellectual Disabilities