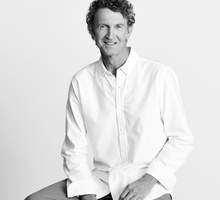 Chris’ passion is to get the best out of people. As an athlete he represented Australia at the Commonwealth Games, and then transferred his knowledge and motivation across to become one of the world’s most successful Paralympic Coaches. He led the Australian Athletics Team to be the best in the world at the Sydney 2000 Paralympic Games. He is now an International Consultant working with Olympic and Paralympic Committees with an emphasis on coach development, leadership and mentoring. His tremendous work as a coach has been recognised through numerous awards such as the Order of Australia Medal (2002) for his services to people with an impairment, the Dawn Fraser Coach Award (2000), Paralympic Coach of the Year award (1998) and the Rotary International Paul Harris Fellowship. He was inducted into the ACT Sports Hall of Fame in 2016. He is also a Keynote Speaker and has spoken at conferences in Singapore, England, Sweden, Ireland, New Zealand, Papua New Guinea and throughout Australia.