As someone who has built, and continues to build, ‘attacker’ businesses and lead teams from start-up to IPO, Azran believes that organisations and corporations can use the structures, focus and creativity to create breakthrough business models and innovative products and services. Azran Osman-Rani was the iflix Group COO and CEO of iflix Malaysia. He is currently the founding CEO of a digital health technology company Naluri.

He was previously the CEO of AirAsia X, where he pioneered the long-haul, low-cost airline model. He led the growth from start-up to US$1 billion in revenue, 2500 employees, and a public-listing in six years, breaking many low-cost airline industry conventions and introducing innovations. Prior to AirAsia X, Azran was a Senior Director of Business Development at Astro All Asia Networks plc, a Southeast Asian digital satellite television and radio broadcaster and content producer. He held previous positions at McKinsey & Company and Booz Allen Hamilton. 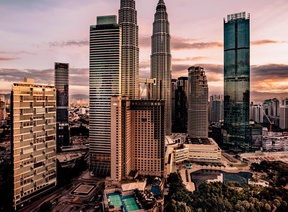 How to Scale Successfully in Malaysia