Simon has experience consulting with and working in some of the world’s most renowned organisations including Accenture, BT, BP, Microsoft, Canon, Barclays, HSBC, RBS, and Lloyds. Simon is currently Chief Learning Officer at Novartis and author of the Amazon #1 hot new release ‘The Curious Advantage’.

Having co-founded Brightwave, one of the UK's leading e-Learning companies, Simon moved to Accenture to consult for companies including BT, BP, Microsoft and Canon. He then focused on the Banking industry, working with Barclays, HSBC and RBS. Following a series of projects with Lloyds, Simon moved over to deliver the Academy strategy he had designed. This role then developed into creating the business case for, and then leading the Bank-wide learning transformation.

In 2012 Simon was awarded the Chief Learning Officer, Silver Strategy Award for his work at Lloyds Banking Group, and in 2013 he received the global accolade of 'Learning Champion of the Year, Honorable Mention Award'. Simon then moved to Novartis global HQ in Switzerland, to set up the Learning Team in the Capability Building Academy, responsible for enhancing effectiveness of learning for the global pharma salesforce and commercial business. He later moved to the Development world and created the cross-divisional 'Global Development University', before progressing to take over the Novartis-wide Learning CoE and Novartis Universities, and also define the strategy for Digital Capability Building. 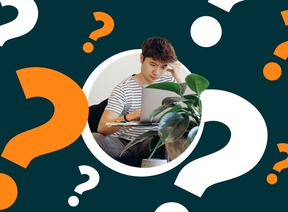 Cultivating a Culture of Curiosity in Your Company