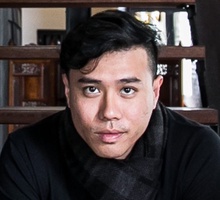 One of Singapore’s top food influencers, Seth is the founder of online food, travel publication SETHLUI.com. SETHLUI.com is currently Singapore's highest read food blog with over 3 million page views each month. He has managed to garner a sizable social media following through his viral articles and strategically placed content that you can't miss online. Seth was nominated as one of Singapore’s top food influencers by Influence Asia 2017. He has also given talks in various organisations including TEDx and Marketing Asia Conference about content creation and building a social media channel.