Rameez is the Co-Founder of Circles.Life – the world's first cloud-first telco operating system with operations of its own as well as with partners in Singapore, Taiwan, Australia, Indonesia and Japan. For Rameez, starting Circles.Life meant fulfilling the mission of finally giving power back to telco customers and reimagining one of the most important industries in the digital world. Among other areas, Rameez leads the product, tech, marketing, customer experience and growth aspects of the organisation. He previously co-founded and managed TechCube8, a venture fund focused on technology, media and telecoms that received co-investment from the National Research Foundation of Singapore and invested in multiple startups in Southeast Asia. Prior to his work in startups, Rameez was part of the portfolio management and investments team at Temasek Holdings. He also worked as a corporate finance and M&A consultant with the Boston Consulting Group, a role in which he notably contributed to the setting up of the regulatory framework and corporatisation of Changi Airport. He studied at National University of Singapore and University of Pennsylvania, and has an MBA from Harvard Business School.

Keep Your Early Startup Magic as You Scale 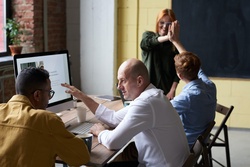 Maintain that Early Startup Culture As You Grow