Raashi is VP of Global Diversity, Inclusion and Accessibility for Ubisoft, based out of Paris. Prior to this she spent six years with Uber as Head of Diversity & Inclusion, EMEA, APAC and Global Uber Eats.

Full Bio Originally from New Delhi, India, Raashi started her career in the Television Industry where she worked at a News Channel before making her mark as an Executive Producer for non-fiction shows. Raashi recently joined Ubisoft as VP Global Diversity & Inclusion. Prior to this, she led Diversity and Inclusion across EMEA for Uber. Raashi joined Uber as the first Marketing Manager in New Delhi to help launch and build the brand in the city. She then made her way to Amsterdam to join the EMEA Recruiting Team where she worked on a number of projects ranging from Employer Branding and building the Campus Recruiting program for the region. 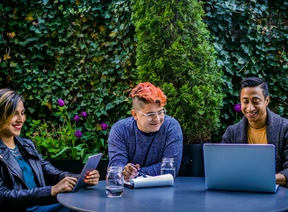