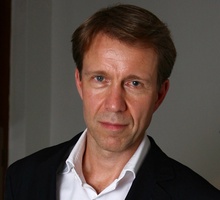 Over the last two decades, Michael has worked extensively in the media industry, equipping him with expertise in the luxury and publishing fields. He is currently the President of Indochine Media Ventures, which creates print publications across Vietnam, Thailand, Malaysia, and Singapore. Publications include the Robb Report, Luxury Guide, Barcode, the digital platform Buro, and the upcoming Vogue Singapore. Previously, Michael worked at Gruner + Jahr in Hamburg as a coordinator for Southeast Asia and assistant to the president and CEO which included deployments in the UK, Poland, China and India, before he was assigned with setting up publishing operations in Russia in 1997 and launching GEO magazine in Moscow. He then became the managing director for Conde Nast ZAO in Moscow, spearheading the business division and the launch of GQ and Architectural Digest. Also under his purview was Vogue Russia, during which time he was acting editor-in-chief of GQ Russia. Michael then served on the board of directors of Independent Media Sanoma Magazines. As a board member, he oversaw the luxury portfolio of magazines and newspapers such as Harper’s Bazaar, Robb Report, Esquire, National Geographic, and FHM, among others. In addition, he led the charge of corporate marketing and custom publishing. Michael then acquired a stake in Partners Media Group (PMG), the largest premium magazine publisher in Kazakhstan. PMG’s magazine portfolio consists of Harper's Bazaar, Esquire, Robb Report, Cosmopolitan, Elle and Good Housekeeping magazines and its digital platforms.

How a Master Networker Remembers Names at a Party

Launching Vogue in Singapore: Behind the Scenes

The Art of Small Talk at Glamourous Networking Events

Power Couple: Working With Your Spouse