Named one of the “Economic Times Most Influential Business Leaders in Asia 2017-2018” by the Prime Minister of Malaysia, Larissa Tan is one of the few female leaders in the technology and automotive industry. She heads up Singapore’s first electric automotive company, Vanda Electrics. In 2019, Larissa was awarded “Asia’s Woman Leaders” by the World Women Leadership Congress as well as “Women Icons Asia”. Under her leadership, Vanda Electrics successfully launched the Dendrobium, Singapore’s first hypercar and the iconic electric scooter Motochimp.

Larissa’s career began in banking and finance with global banks, after which she moved to strategic branding and marketing. She led brand strategy and sales for many startup companies in retail, consumer, luxury and technology, taking them from startup phase to international acclaim. Larissa was the CMO and lead for the IPO for Wong Fong Industries, where she oversaw the rebranding and restructuring of the entire group.

Larissa is interested in how disruption will affect the way companies operate, how people and culture are affected by it, and the impact cultural and digital transformation have on each other. She is a keynote and public speaker on digital disruption, innovation and technology, digital and cultural transformation, the future of transport, and women in business and leadership. 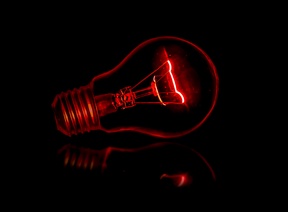