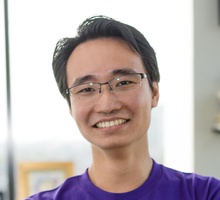 Selected as one of the Top 200 Fintech Influencers in Asia and appointed Co-Chairperson for the Marketplace Lending Committee of Singapore FinTech Association, Kelvin is the co-founder of Funding Societies | Modalku. He has spoken at major conferences such as LendIt Shanghai, Boao Hainan and Money20/20. Kelvin has also been featured on Bloomberg, BBC and Business Times. Prior to this, Kelvin served as a consulting professional at KKR, McKinsey and Accenture. Kelvin graduated from Harvard Business School and National University of Singapore, and is a certified Chartered Accountant.

How Startup Founders Should Think About Culture

How to Get Funding for Your Startup