Brigadier General Gaurav Keerthi is the Deputy Chief Executive of the Cyber Security Agency of Singapore. He was formerly a pilot in the Republic of Singapore Air Force (RSAF) and rose to become the Commander of the Air Defence and Operations Command, and the Chief Innovation Officer of the RSAF. He was seconded to the Ministry of Trade and Industry for two years, where he worked on anti-recession measures and industrial development. Gaurav is also a passionate debate advocate and has devoted much time to creating a culture of rational, responsible, respectful, and robust debate on important issues in Singapore. He was the President of Debate Association (Singapore), and a founding Fellow of Raffles Debate Academy. Gaurav founded the Dialectic (http://www.dialectic.sg), a new online commenting tool designed to improve the quality of debate on contentious issues. His website has been featured in The Straits Times, Channel NewsAsia, and other local and international news outlets. His last site was confirm.sg, and aims to fight misperceptions caused by fake news. Gaurav is now turning his attention to developing more civic technology solutions for Singapore and seeks to build novel tools that disrupt social problems like racism, sexism, injustice, and inequality, among others. His latest project will be launched soon under www.better.sg. Working with MediaCorp, Gaurav co-developed and starred in Singapore's first Emmy-nominated student debate TV show, "The Arena". Gaurav also moderated a regional televised debate programme on Channel News Asia called "Bridging Asia: The Singapore Debates". He has served as a debate consultant for Google, the World Bank, the Singapore Ministry of Education and the Ministry of Finance. In addition, Gaurav also authored a book on debating, titled "Think Speak Win: Discover the art of debate" and spoke at TEDx in the Harvard Graduate School of Education on "Debate & Disagreement Today." Livestream: Cybersecurity and the Future of Tech 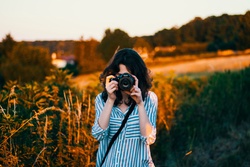 Use Your Passion to Craft Your Personal Brand