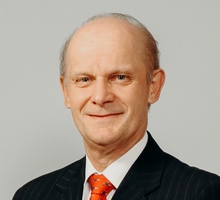 Gary was primarily responsible for supervising the total performance and strategic direction of 7-Eleven Malaysia, a publicly listed company on the Malaysian Stock Exchange. He was also a Non-Independent Executive Director of 7-Eleven Malaysia Holdings Bhd. In the earlier stages of his career, Gary was transferred to several corporations within the Dairy Farm group of companies in Australia, Brunei and Hong Kong, and held various positions including Wholesale Manager and Marketing Manager. He then joined the Sara Lee Group as General Manager (Bakery, Asia). He moved on to work across various offices in the Sara Lee Group including Hong Kong, Malaysia, Singapore, Thailand and the UK. During this time, he held various senior positions including Regional Vice President (Asia Pacific and Africa) and member of the Strategy Board. He then joined Pos Ad Group Sdn. Bhd. as the Group Chief Executive Officer. Nearly two years later, he joined Permanis Sdn. Bhd. as a Commercial Consultant before joining Berjaya Group Sdn. Bhd. as a Director.