A journalist for more than two decades on four continents, Dan is a Bloomberg Opinion columnist covering Asian economies – central banks, markets, and policy. He has led teams in Asia, Europe, and North America. Previously, Dan was Executive Editor of Bloomberg News, where he built economics news at Bloomberg News into a powerhouse of reporting and editing. He also founded Bloomberg Benchmark, a podcast on the economy. Dan regularly shares his insights on Bloomberg TV and conferences around the world. His expertise includes global economics & policy, central banks, Asia and trade. He was Kuala Lumpur bureau chief during the Asian Financial Crisis. He is also a Director of the ANU Foundation USA, a nonprofit aimed at fundraising for alma mater Australian National University. How Does an Epidemic Impact an Economy? 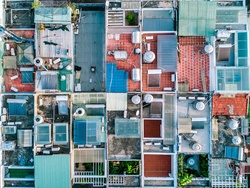 Emerging Markets: Looking Past the Clichés