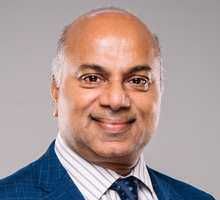 Bijou is a seasoned board member for retail, consumer, infrastructure and technology companies as well as a senior executive. He is currently the Chairman for the Retailers Association of India. He has had more than three decades of experience in the Indian Consumer & Retail industry. He was previously President & CE of Reliance Industries and led their ambitious retail project called Reliance Retail, where he helped make it India’s largest retailer during the 8 years he was there. He is also on the Governing Board of leading Management Institutes, Mentor of the Retail Committee of the FICCI, India, and several entrepreneurship networks.