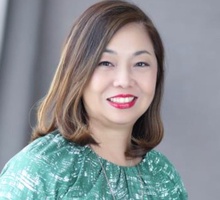 Kathleen has been with AirAsia for over 10 years where she held the roles of Chief Commercial Officer, Regional Head of Commercial, and President of North Asia. She led the international expansion and all commercial operations for the entire group. Under her leadership, AirAsia became a globally renowned brand delivering double-digit revenue growth annually. AirAsia is a low-cost airline headquartered in Kuala Lumpur Malaysia. AirAsia has been awarded as the World's Best Low-Cost Airline for 10 consecutive years (2009 – 2018) by Skytrax. Kathleen was responsible for providing leadership, strategic direction and strengthening AirAsia’s network and brand presence across China, Hong Kong, Macau, Japan, Korea and Taiwan. She established and maintained relationships with government agencies such as Civil Aviation Administration of China (CAAC) and the tourism bodies to advocate for the policies, regulations and legislation vital to AirAsia. Throughout her career, Kathleen has held senior roles with large brands. She was the CEO of Expedia, the Managing Director of Warner Music and the Head of Marketing at FJ Benjamin for South East Asia. Kathleen was also featured as the Top 10 Most Influential Woman Leader in Travel and Marketer of the Year by Web in Travel. The China Finance Summit June 2013 also named her as China Industry’s Most Influential Person. Kathleen has also appeared in the Asian edition of The Apprentice as the CEO of Expedia Asia and ‘The Advisor’ to ‘The Boss’ Tony Fernandes.