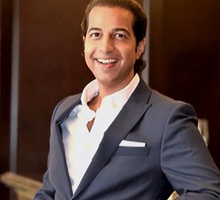 Ozi is known for his early investments in high growth tech companies such as Facebook, Uber, PayTM, Twitter, AirBNB, Spotify, Palantir, among others. Having invested in more than 15 companies, Ozi’s company K2 Global VC is one of Singapore’s largest firms, recently backed by the Singapore Government to invest up to $100 million in promising businesses in Southeast Asia. With the ability to bridge Asians to the Silicon Valley’s most formidable tech companies, K2 Global has is looking to close its second US$ 200 million fund this year. Ozi has supported billionaires across Asia and the Silicon Valley, and has worked with high profile limited partners including prominent family offices, other VC firms, and their partners. Ozi has been building deep relationships with the startup ecosystems in the US since he graduated from Harvard in 2003. He’s known for having invested in an allocation of Alibaba shares for wealthy Asian families that ended with returns of 48% on the IPO-day closing price in 2014.