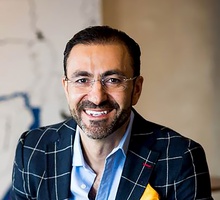 With over 20 years of expertise in business, corporate and transactional law, Vahan founded and runs Yepremyan Law Firm, a leading Los Angeles law firm that has served a diverse clientele across 20 countries worldwide. Under Vahan, Yepremyan Law has played the role of a trusted and strategic business advisor to emerging startups and multi-billion-dollar projects alike. Vahan was one of the top 1% of lawyers in America to be selected as a Lifetime Charter Member of Rue Ratings' Best Attorneys of America in 2015. Vahan received the Trusted Adviser Award and Innovation Leadership Award by the Los Angeles and San Fernando Valley Business Journals in 2013. The American Lawyers Media and The Legal Network also awarded him with the 2013 Top Lawyers of California Award. Vahan also is Owner, COO and Executive Producer in Ketchup Entertainment, a film production and distribution company with over 14 motion pictures and documentaries. In addition to winning the International Kids Emmy Award, Ketchup Entertainment was nominated for the Kids BAFTA (British Academy of Film and Television Award) and the Broadcast Award. 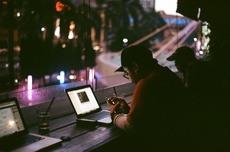 The Reality of Branching out on ...