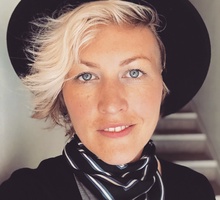 Lizi Hamer helps brands across the globe get the right kind of attention. She’s currently the Regional Creative Director at Octagon, working with brands such as Dove and Mastercard. To deliver award-winning work, she pursues smart partnerships, creates generous ideas, and is always #StoryHunting. Her efforts have resulted in world-class campaigns, law changes, and powerful innovations over the past 15 years. Lizi received Campaign Asia’s Women Leading Change Award for her devotion to the industry. She was previously named a Woman to Watch in Asia, identified in the Top 15 Female Creative Directors by the Cannes Lions and was Senior Art Director at Saatchi & Saatchi in Sydney. Regional media often taps into Lizi’s marketing and creative expertise. She appeared on Australia's popular marketing TV show Gruen, and she was featured as a Creative Director thriving in Asia by Umbrella. Lizi was also shortlisted as Global Woman of the Year at the Drum Creative Awards, UK.