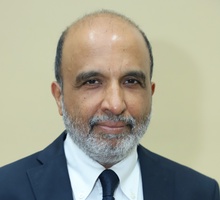 Sanjay is the Executive Director of Dale Carnegie in India and is also the National Spokesperson of the Indian National Congress Party since 2013. Recently, he was appointed as the President of the All India Professionals Congress, Maharashtra, India. Sanjay founded the popular sports channel CricketNext.Com and has held senior positions at ITC Threadneedle Asset Management, London, Alliance Capital, New York, Bank of America and ANZ Grindlays Bank. He has been a TEDx Speaker and has addressed audiences at Dell, Columbia Business School (New York), University of California (Los Angeles), Goldman Sachs, Microsoft, Brookings, and The Doon School. He is also a regular contributor to the Huffington Post, National Herald and Yahoo, and is one of India’s top influencers on social media platforms such as Twitter. In addition, Sanjay has authored a bestselling book on leadership called The Superstar Syndrome (The Making Of A Champion), co-authored with Dr Myra White, a professor at the Harvard Medical School.