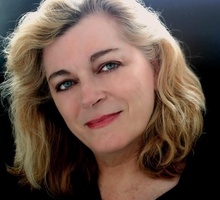 We suspect that Gabrielle Kelly is the film world’s superwoman in disguise. She has produced and written for over 15 films with DreamWorks, Paramount Studios, CBS Films and Television and other prestigious production studios. She was a script consultant, media analyst, director and strategist for organisations like Renaissance Films, Luna Films, London Performing Arts Lab and other companies across USA, Europe, and Asia. In her free time, Gabrielle sips on her lime cordial while watching films to vote for in the Oscars as part of her Board of Directors duties for the British Academy of Film and Television. She also holds positions in Los Angeles Women in Film, Irish Film Festival, Female Eye Film Festival and Guam International Film Festival. Unlike the rest of us who have just 24 hours in a day, Gabrielle uses her 48 hours a day to teach in named film schools and judge candidates for scholarships and festivals. She taught in the Met Film School London, American Film Institute, Los Angeles Film School, Dodge School of Film, USC Graduate Film Program, and many other film schools. She is a judge for the Fulbright Scholarships in Washington D.C, Hartley Merrill Screenwriting Award, Newport Beach International Film Festival, and numerous other festivals around the globe.