Sesha Kanthamraju has over 20 years experience in Corporate Communications and Marketing Strategy. As the Executive Director – Communications & ESR (Enterprise Social Responsibility) at The Walt Disney Company Southeast Asia & India, Sesha leads the company’s corporate brand messaging, communications strategy, ESR planning and global programmes. He also manages the marketing for Disney’s movies, home entertainment & live shows with a focus on Indonesia, Malaysia, Thailand, the Philippines, Singapore and Vietnam. Sesha’s journey with The Walt Disney Company began over 15 years ago in Mumbai, India, where he took up roles in marketing, corporate communications, distribution, and ESR for Disney Channels. In four years, he took over as General Manager for Disney Studios in India, where he helmed the marketing and distribution of Disney’s Hollywood and Bollywood titles, as well as being responsible for P&L. During this time, Sesha integrated the home entertainment retail business (DVD, Blu-ray) into the studios business, being responsible for both. He then moved to Singapore where he led Disney Studios Marketing for Disney, Marvel, Pixar and Star Wars movies across Southeast Asia. Prior to Disney, Sesha spent four years at HCL Infosystems, and at Aithent technologies in New Delhi heading marketing communications for IT products and the software businesses. He started his career in advertising at JWT and BBDO in India. Sesha currently serves on the boards of the International Rhino Foundation, Special Olympics Asia Pacific, Make a wish foundation and the Creative Advisory Board for the Singapore Government People’s Association. 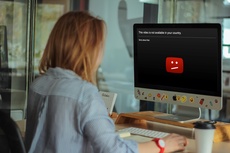 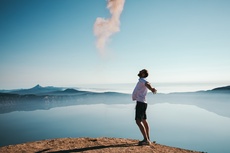 How to Be a Self-Starter at Work

Being Strategic in Your CSR Miss...