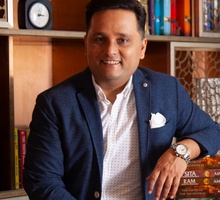 A prolific and well-loved author, Amish’s Shiva Trilogy was the fastest-selling book series in Indian publishing history while his Ram Chandra Series is the second fastest-selling book series in Indian publishing history. Amish’s unique combination of crackling storytelling, religious symbolism, and profound philosophies have turned him into an Indian publishing phenomenon, with BBC calling him “India’s Tolkien”. His books have been published worldwide, translated into 19 Indian and International languages, and have sold more than five million copies, making him the most influential author in India. Amish was appointed to a diplomatic role in 2019 as Director, The Nehru Centre in London, India’s premier cultural centre abroad. He has been listed by Forbes amongst the 100 most influential celebrities in India (in 2012, 2013, 2014, 2015, 2017 & 2018) and has also been listed among 50 Most Powerful Indians by India Today 2019. Amish has also received various awards including the Ustad Bismillah Khan Award for contributing to Indian Culture and the Eminent Alumni of IIM-Calcutta Award. 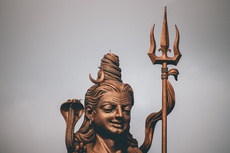